The Chinese of Trinidad 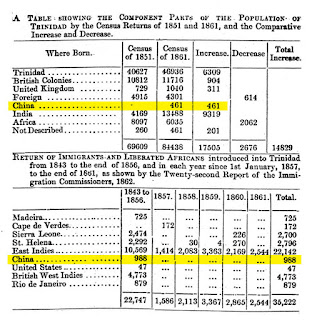 Immigrants from India were not the only people to enter the society in the decades after Emancipation, though they were by far the most numerous. From Asia also came a small but important stream of Chinese immigrants. As early as 1806, a small  number of men from China had been settled in the island, but significant Chinese immigration really, began after Emancipation. Between 1853 and 1866, about 2,500 Chinese, mostly men, arrived to work on the estates as indentured labourers under the same terms as the Indians. 1866 marks the end of indentured Chinese immigration because in that year the Chinese government insisted on a free return passage, which would have been prohibitively costly; but it does not, of course, mark the end of Chinese immigration to Trinidad. After 1866, they arrived in small numbers as voluntary, ‘free’ immigrants; some came via British Guiana where a larger Chinese community had been established.
The Lee Lum dynasty, for example, was established here when John Lee Lum arrived in 1912 at the age of 20. After the Chinese revolution in 1911, immigration picked up and was quite high between the 1920’s and the late 1940’s, a turbulent era of China’s modern history. Thus Trinidad’s Chinese population had increased from 1,334 in 1921 to 8,361 in 1960. Many of the post-1911 immigrants came via Hong Kong or even the United States and arrived knowing some English and familiar to some extent with Western ways.

Few of the early Chinese immigrants remained on the estates for long. Most of them became shopkeepers, market gardeners or butchers. Many married Creole women and adopted Christianity. The post-1911 immigrants, coming in larger numbers, were probably better able to hold on to some of their cultural and family traits as a sizable Chinese community was gradually established. Above all, the Chinese established themselves as rural and village shopkeepers, along with their Portuguese rivals. By the 1940’s, important trading terms had been established by Chinese families, such as the Lee Lums and the Scotts.


Culturally, the Chinese language (in its two major forms, Hakka from North China and Cantonese from the South) survived among the Trinidad Chinese community, and in fact, the 1940’s saw an effort to revive the language and the culture. The Communist takeover in 1949, however, severed virtually all links between China and the Caribbean Chinese so that the language dwindled until, today, few of the young Chinese in Trinidad can speak it. The demise of Chinese religions in Trinidad was even swifter:—by 1960 virtually no Chinese-Trinidadian practised Buddhism or Confucianism. The vast majority were fully integrated into the Christian Churches, especially the Roman Catholic church. Traditional Chinese culture is rapidly disappearing among the community, and it is perhaps only in the field of food preparation that it has made a profound impact on the wider society.
Yet Trinidad’s Chinese community has produced outstanding figures such as Eugene Chen who served as Foreign Minister in Sun-Yat-Sen’s Government in China, Solomon Hochoy, first local Governor and first Governor-General of the nation, the artist Carlisle Chang, and Carnival bandleaders Stephen and Elsie Lee Heung. Prominent especially as businessmen and professionals, the Chinese community seems to exercise an influence out of all proportion to its numerical strength. 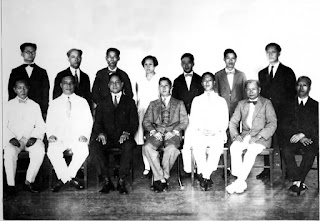 Above: OFFICIALS AND MEMBERS OF THE CHINESE ASSOCIATION’s EXECUTIVE COMMITTEE, 1929.


The date of the introduction of Chinese immigrants into the island is given by Joseph as 12 October, 1806, that being the day on which the ship Fortitude anchored in our harbour. He gives the information that the men were Tartars and not accustomed to working in the fields, and that only one woman was among the number; the total being 193. He accounts for the absence of women from the fact that they would be unsuitable as field workers from the restricted size of their feet. He further stated that, with the exception of about 23, the whole number returned by the same ship Fortitude. 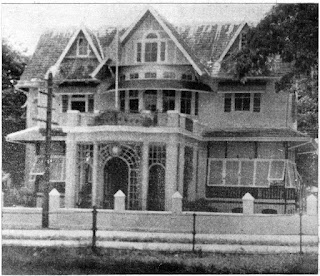 Above: The Chinese Council, Queens Park West. Originally the home of Packer Hutchinson. It was acquired by several members of the Chinese community in Trinidad to serve as a cultural centre and Council after the collapse of the Chang Kai-Shek Government in China. It fell into disuse and was eventually demolished. It is now a vacant lot. Photograph—I.P. George. 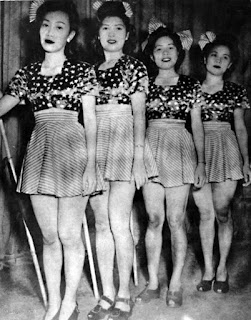 Above: Members of the Madame Chang Kai-Shek Club, an American organisation composed of Chinese girls, march past in the chorus in ‘Strike Up the Band’ which formed part of the celebrations for American Independence Day. Left to right are Vida Wong, Ulrica Lee Kai, Adrie Archer and Madge Chin. (U.S. Army Signal Corps Photograph—courtesy of Trinidad News Tips)

Based on a lecture by: Dr. Robert K. Lee
From: Book of Trinidad by Gérard A. Besson and Bridget Brereton, 383f

The first documentary evidence of the Chinese community in Trinidad is contained in the census of 1810 which mentions ‘a colony of 22 Chinese males who lived in misery in Cocorite, making their living selling charcoal, oysters, and crabs.’ Prior to Emancipation, the small number of Chinese immigrants can be accounted for by a general indifference to the outside world in China and the fact that the legal penalty for emigration was death (this law was not repealed until 1894); there was also a strong tradition that ancestral spirits should only be cared for by descendants. Towards the end of the 19th century, however, various factors in China prompted a move towards emigration:—the collapse of the feudal system, the doubling of the population from 120 million in the 1790’s to 300 million, and the burden of increased taxation imposed by the corrupt Empire.
The Chinese immigrants came from two groups: the Punti and the Hakka. The Cantonese, speaking Punti, originally from the North of China, had intermarried with the ethnic Chinese Miao. The Hakka, who spoke their own language, had settled on land cleared of Punti, who were suspected of disloyalty to the Empire. Following the Civil War between Hakka and Punti 1854-68, the Hakka, who were already accustomed to the maritime life, began to look across the sea, especially after hearing the news of the discovery of gold in California in 1848.
Chinese immigrants came to Trinidad in different ways; some came under contract as indentured labourers; many were ‘shanghaied’—abducted into virtual slavery by European traders either in the West Indies or South America. Hakka prisoners were also sought by Punti traders for the infamous ‘Pig Trade’ whereby Hakka, described as pigs on bills of lading, were shipped off to the New World. Older Trinidadian Chinese still refer to mainland Chinese or recently arrived immigrants as ‘mee chee chai’—young pigs or fresh pork. By 1874, the Governor of Canton had banned the ‘Pig Trade’ and the Chinese were replaced with the more tractable East Indians as indentured labourers.
During the early years of immigration, Chinese merchant houses acted as facilitating agencies for new arrivals; they provided temporary accommodation, job placements and community centres; they also imported brides and shipped back bones for village interment.
Although the Chinese community has apparently been assimilated in Trinidad to a greater extent than anywhere else in the world, it has left indelible marks on contemporary Trinidadian culture. It was the Chinese who originally introduced ‘whe-whe’ or ‘Pakka Piu’. Today’s game still bears a strong resemblance to the original Chinese game; the marks are largely derived from the Chinese zodiac and still retain much of their original symbolism. Trinidadian cuisine also owes a debt to the original Chinese immigrants who brought various plants and vegetables with them; the East Indians later supplemented these and consequently the fruits and vegetables in Trinidad are the best in the Caribbean in terms of freshness and variety (Chinese cooks insist on using only young, tender and nutritious produce). Cantonese cooks set up shops and over the years have educated the Trinidadian palate. Thus it was that ghingee, carailee, christophene, snow peas, narchoi, pakchoi, mustard bush, white radish and white melon entered local markets.

Buy "The Book of Trinidad" by clicking here:
Amazon
Barnes & Noble
Posted by Gerard A. Besson - Caribbean Historian at 12:53 pm No comments: