Excursion Up The Rivers & The Woods in Tobago, over 100 years ago: "The Main Ridge"

Dear C.
Will you take lunch with us on.........We will talk about another expediation in the woods, to beat the one up the river hollow.

Lunched at the Mess that day, taled the matter over; it was agreed that they who wished to go should meet me at.........and arrange all particulars necessary foran excursion from W.H. River by the Main Ridge to Charlotteville.
Provision on a liberal scale meat and drink, attendants, cooking apparatus etc. were to be provided

for the three days - at which time we conceived the journey wold be completed.
To each person was allotted the share he was to contribute in the articles necessary for the excursion six followers were to accompany us as carriers, cutlass men etc.
Each of us carrying in a blanket, a suit of clothes, etc., covered with an oil cloth - soldier fashion, gun and dogs, pocket compass, matches, tinder-box; a lot of hard boiled eggs were not forgotten in the list.
Mackie and Cowper came to the “Meet" but whether owing to duty or a consideration that three days and nights in the woods might tend to a fever that would occasion a vacancy and promotion in their Regts, - two were absent.........it was however put down that they were on Garrison duty.
Sometime in the month of.........everything right and ready, away we went from.........to the W.H. River - followed it up until not too distant from the Main Ridge - built out hut at about 4 o'clock p.m. and camped for the night close to the river.
The murmur of the stream, the absence of mosquitoes, a blazing fire nearly 3 ft. high is leeward of us - the coolness of the air - the sweetness of sleep that night, was never surpassed by us since our infant days.
The hut was covered with palm leaves - our bed the branches without the hard or woody part.

Between 4 and 5 o'clock next morning, sleep was at an end, indeed impossible.
On every side not far from us, the gangs of Cocrico, country turn"; agoutis came for their morning meal of gru gru nuts; the King of the wood were enquiring - "Who you", while the whistle and chirp of innumerable brids and insects filled the air and were a prohibition to further sleep.
One of our men took the gun and dogs, and added to our Commissariat a few cocricos and agoutis. We put fire to a couple of gru gru trees for amusement, and two manacoos and some picarry  rate, after climbing up the branches to the top, jumped down and were killed - a help to the followers pot.
A bath, bread and tea, hard boiled eggs, and we bid adieu to the rive for the Main Ridge, which was reached after an hour's walking, in a slanting direction through under bush. Memory fails me as to the course to be steered by the compass - but I think it was N.E.
We observed the soil to be free from stones of great size, a variety of trees viz. the "Pauder", which bears a large bean or pods, especially esteemed by the parrots - the pulp being very sweet - I was informed was sold in the Trinidad market. A few nutmeg trees, the seeds with a scant mace, scarcely deserved the name - a locust tree occasionally the beef wood, the colour and smell of corned beef - the Naked Boy, having little or no bark. Others of which we were ignorant and dependent upon “Celim"  for their names and uses.
I need not refer further to trees for a better description than I could give appears in the well—got-up handbook compiled by the Hon. L.G. Hay - our Treasurer.
We took turn about to steer - compass in hand walking was not difficult, nor the heat oppressive; a few agoutis and armadillas, were added to our store - many cocricos were about, but the talk and noise sent them into hiding, then you can say good-bye to them. Piccarys no where.
No halt was made for lunch, while walking we were eating and drinking. At about 4 o'clock, having selected where to camp - an eye given to the proximity of water - operations commenced for the hut - wattles, posts, vines, palm or other branches, were procured tied together in some kind of way, some palm or other branches thrown inside as bedding was thought quite good enough for fellows who intend to rough it. A large fire was made to last until next morning - water taken from the little stream close by - we went to dinner, and enjoyed it.
Our followers, whose appetites for meat and drink seemed to be at the highest, not content with a fair portion of our fare, had the agoutis, armadillos, rats etc. cleaned, salted, and on sticks over the fire and long after we had retired for sleep, the white rum and roasted game was succeeded by songs and nancy stories; not altogether to our enjoyment, but we slept well.
Thus ended the second day. Under favourable circumstances we commenced the third day — but as we progressed the woods became more hilly, the trees down the sides larger, the soil damp - very little ridge - up one hill - down another - walking not so pleasant.
Came dose upon the rise of a branch of the Goldsboro' river (Dog River) about 15 feet of a slide down the hill put us into it. Large stones surrounded by water, with very little egress under them; a number of good sized mullets were caught by Baptiste; these cooked in greased paper - a squeeze of lime - a few bird peppers - a little salt for a sauce - added much to our breaktast, which we made there and then, and was fit for the veriest epicure.
The other branch of this river has a large water-fall from the Lure Estate, which the fish cannot ascend. As we did not pass it, we concluded that its rise was lower down.
During this day we came upon a part of the Ridge where the soil was poor - the trees stunted and covered with razor grass (those who know this grass avoid its company). All the Cutlass men had to go to work, and we took at the rate of about an hour to walk a mile.
I may say that the Main Ridge proper is both poor in soil - in the size of trees - in animals - in game even in snakes.
Celim Cunningham, our chief man who claimed to be well versed in all the wonders of the Main Ridge, had been accustomed when at Richmond or Glamorgan, as carpenter, to take had wood from the woods for estates purposes.
On these occasions he had seen extraordinary things "a serpent with two heads, another with a comb on its head, and crowed like a cock, etc." The razor grass had not been very pleasant to Celim, and ever and anon a call was made upon him about the serpents; till at last, he could stand the "chaff" no longer and fairly lost temper. Paradise however, was soon regained.
Let me deviate from the Ridge for a moment.

When we took the last look towards "Pigeon Hill"(near to Charlotteville) the hills seemed as if they had increased to mountains, they towered over one another - to reach Charlotteville seemed almost impossible.
Time wore on - things assumed their accustomed look - discussion upon the Ridge ceased. Death did its work - Mackie died some months after of congestive fever - Cowper was killed at Canton, blowing down a wall - Baptiste drank himself to death.
The Hurricane of '47 swept the tops of their Majesties of the woods, into a broken and tangled mass; and now, I alone am left to tell the tale.

Buy "The Voice in the Govi" (hardcover or Kindle) by clicking here:
Amazon.com
Barnesandnoble.com

Posted by Gerard A. Besson - Caribbean Historian at 1:37 pm No comments: 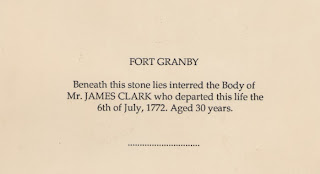 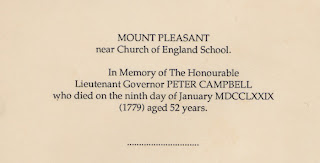 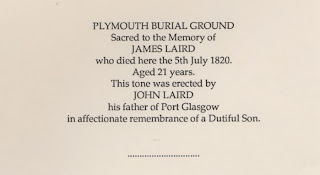 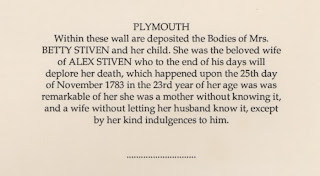 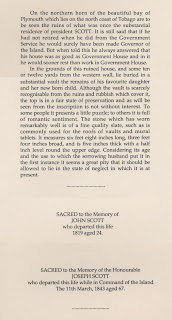 Buy "The Voice in the Govi" by clicking here:
Amazon.com
Barnesandnoble.com

Posted by Gerard A. Besson - Caribbean Historian at 10:53 am No comments:

"From the Gates of Aksum" by Gerard Besson 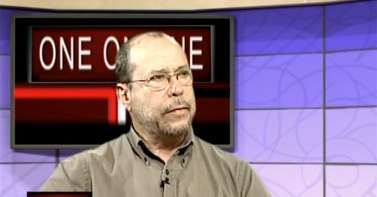 Vernon Ramesar interviews Gerard Besson on his new book "From the Gates of Aksum".

Click here to read reviews and find out about the book! From the Gates of Aksumweaves Freemasonry and European religious and political intrigue into the tapestry of Caribbean and South American political history.

The book begins in late 18th century Port-d’Espagne, Trinidad, and is told by several narrators. The story spans centuries, from a time when a company of adventurers recovers a mysterious object of an antediluvian science from the secluded kingdom of Aksum in the Ethiopian highlands, on to the first anguished years of the 19th century.

In the riotous wake of the American, French and Haitian Revolutions, the collapse of the Spanish empire in the New World and the rise of the British empire, François de Gurvand, a French colonist, must transport the object from his ancestral home in France to a specific geographical position — the island of Trinidad. A Vatican secret society, the Holy Hermandad, the Emperor Napoleon, various factions of Freemasonry, and another ancient secret society all vie for possession of the object.

From the Gates of Aksum speaks of the role that the early Trinidadians played in that epoch-changing period when the dawning of the Age of Enlightenment altered the course of the history of the world. While the plot and most of the characters are fictitious, the reader familiar with West Indian, South American and European history will find old acquaintances who come to life in this book — such as Francisco de Miranda, Simón Bolívar, and a heroic band of Trinidadians remembered as the Immortal Forty-Five.

Other books in print by Gérard A. Besson:
The Book of Trinidad (with Bridget Brereton)
Folklore & Legends of Trinidad and Tobago
The Cult of the Will
The Voice in the Govi

Buy "From the Gates of Aksum" (Kindle or Softcover) by clicking here:
Amazon
Barnes & Noble
Posted by Gerard A. Besson - Caribbean Historian at 2:53 pm No comments: