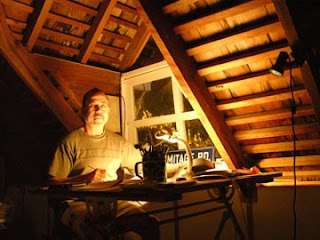 Gerard A. Besson (Jerry) was born in 1942 in Belmont, Port of Spain, Trinidad, West Indies. He was educated at Tranquillity Boys’ School and St. Thomas High School, Principal R.A. Young, in Port of Spain.
He worked with Selmore Display Company (headed by designer Wayne Berkeley, whose slogan was "Sell more by display"); Trinidad and Tobago Television; Norman, Craig and Kummel Advertising; as advertising manager for Habib’s Stores and Spartan Garments; and at Kenyan & Eckhart, Coleman, Prentice and Varley advertising agency in Trinidad.
He married Sheelagh Hezekiah in 1972; their three sons are Andre, Aaron and Dominic. They were divorced in 1997, and he married Alice Schwarz in 1998.
In 1972, he founded Creative Advertising with his wife, Sheelagh Besson, Kenneth Chee and Clive Bradley, which he led as Chairman and creative director for more than 20 years. In 1993, Creative Advertising was merged with Lonsdale, Saatchi & Saatchi Trinidad Limited, where he was the creative director and a member of the board of directors. Mr. Besson retired as a director of Lonsdale, Saatchi & Saatchi in 2002 and continues to work with his company Paria Publishing Company Limited, which he founded in 1982, as chairman and publisher.
To date, Paria Publishing has published and produced well over 80 titles on the history and culture of Trinidad and Tobago, and is presently engaged in the production of corporate publications, company histories, advertising campaigns, and annual reports, as well as content providing for a wide variety of organizations in Trinidad and Tobago and the Caribbean region.
Over the years, Mr. Besson served as a member of or advisor to various government-appointed work groups. As such, he served for seven years on the Council of the University of the West Indies (St. Augustine Campus), and was a director of the National Museum. He has contributed to the establishment of a library at the President’s House at the time of the presidency of His Excellency, Noor Hassanali, and he was the convenor of the cabinet-appointed work group occasioned by the centenary anniversary of Tobago becoming a ward of the unified colony of Trinidad and Tobago, 1887- 1987. He contributed to a Y2K advisory group appointed by government, and the Tourism Development Agency (TIDCO) series of seminars to enhance the tourism product. He was also appointed to the board of the National Trust. He also worked with APDSL as a consultant on a sites and attractions policy for the tourism authority.
In 2004, he established a museum for the Police Service at Police Headquarters, Port of Spain. It was the third in a series of small museums planned and designed by Gerard Besson, the first being a company museum for the House of Angostura, and the second the City of Port-of-Spain Museum at Fort San Andres.
During 2005, Mr. Besson served on the Advisory Council for the setting up of an Academy of Arts, Letters, Culture and Public Affairs of the University of Trinidad and Tobago. In 2005, he also served as Chairman on the committee to inaugurate the O'Meara Campus, the Battery Point Campus, the Tamana InTech Park and UTT Campus, and to organise the first graduation ceremony of the UTT.
Mr. Besson is a member of the Society of Caribbean Historians, an international organisation for the furthering of historical research and teaching of the Caribbean experience, to which he has presented papers. He is also a member of the Caribbean Publishers' Network, a pan-Caribbean association created to support and promote indigenous publishing throughout the region.
Mr. Besson was also a delegate of the UN-sponsored conference with regard to copyrighting indigenous folklore, held in 2002 under the auspices of the Ministry of Legal Affairs.
On 31st August, 2007, Gerard Besson was awarded by the Government of the Republic of Trinidad and Tobago the Hummingbird Medal (Gold) of the Order of the Trinity for Heritage Preservation and Promotion, and in 2015, was honoured by the University of the West Indies with an Honorary Doctorate.


WELCOME TO CARIBBEAN HISTORY ARCHIVES
Presented here, among other pieces of information, are articles written for "Newsday" from 1st January, 2000 to 31st December, 2001, on a miscellany of historical topics concerning the Caribbean in general and Trinidad and Tobago in particular. Some of these articles have been fictionalised, so as to evoke the mood and temper of the times, based on historical sources which can be viewed under the link “Bibliography”. Other articles and many photos have been added over time, and in 2019, this blog crossed the 1 Million views.
Posted by Gerard A. Besson - Caribbean Historian at 5:07 pm

I would like to contact you about the history of a well-known family in Trinidad. A member of that family recently passed in France and I am looking for information about his early years. I suspect you may have the contacts I need for this research. Could you be so kind as to get in touch with me at cjoneshouse@comcast.net?

Hello, my great grandfather, George Habib, immigrated to Trinidad and I've been trying to research information about him. Not having a lot of success thought you might be able to point me in the right direction. All my best. Melissa
kalispersonal@gmail.com

I've been trying to research Gregor Turnbull who was my great great grandfather and came across your article about him dated Monday Sept 26th 2011. I'm very interested to find out more about the man and was wondering if you could suggest a source of information. Two of his sons came to NZ as young men and became landowners.Robert Turnbull was my grandmother's father. My email address is:
janchalmers@clear.net.nz
Regards
Jan Chalmers

I would like to talk to you about my grandmother,Bridgitte Ernentine Sorzano, who may be related to Polly Sorzano.
My email address is
trinbago97@yahoo.com
Thank You,Patrick Henry