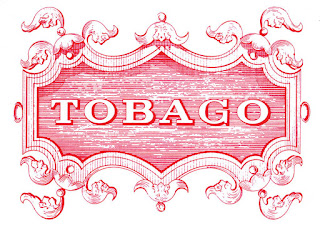 Tobago, a prize of war for the great powers of Europe during the 17th and 18th centuries, was originally peopled by the fierce Caribs.

Possessed by Spain from the 15th century, Tobago was contested over by the Netherlands, the Duchy of Courland, England and France, passing eventually into English hands at the beginning of the 19th century.

The Duchy of Courland, which is now the Republic of Latvia situated on the Baltic Sea, had lain claim to Tobago by virtue of its Duke, Jacobus, who had been granted the island by his godfather James I of England. This claim was to be later enhanced when Charles I transferred to the Duke all claims to the island, which were previously given by royal privilege to the Earl of Warwick.

Duke Jacobus, energetic and ambitious, made several attempts to colonise Tobago, some of which were temporarily successful. Courland, whose population at the time hardly exceeded half a million, had a strong sea-faring tradition and a considerable navy.

In the spring of 1642, Duke Jacobus dispatched a party of settlers with orders to establish a colony on the northern shores of the island of Tobago at a place they called Great Courland Bay.


They were reported to be most fortunate with their relationships with the Caribs, who usually made it a ritual of disposing of unwelcome guests by eating them. With the clearing of the land and the planting of crops, the settlement thrived and Fort Jacobus was built, containing within its walls the First Lutheran Church in the Western World.


In 1654 two Dutch merchants, the brothers Adrian and Cornelius Lampsins, dispatched a number of persons to settle Tobago. They established themselves on the other side of the island and co-existed quite peacefully with the Courlanders for many years, although, at first, neither knew of the existence of the other. Both colonies engaged in agricultural pursuits, cultivating pepper and spices of various types and tobacco, which was becoming very popular in Europe, to the extent where the very name of the island, which might have been Bella Forma or perhaps Concepción or Assunción, was forgotten and it was to become known as Tobacco or later Tobago.


By the Treaty of London, in 1604, James had agreed to respect Spanish sovereignty only over those territories already effectively occupied by Spain. He is said to have granted Tobago to his godson, Duke Jacobus of Courland, in 1610. The ruling family of Courland was closely related to the Stuart dynasty.


With the fall of the Duchy of Courland in 1658 to the Swedes, who took the Duke prisoner, there was much confusion on the island, and some deprivation as no vessels arrived to supply the Couronian settlement. As a consequence, the Dutch were able to take control, when the Courlanders, in great distress, surrendered to them the garrison at Great Courland.


Over the next decade the French, the Dutch and the English contested violently for this most beautiful island in the far western sea, but Courland’s claim was not put to rest, for in 1680, another attempt was made to colonise the island. This too was without success.